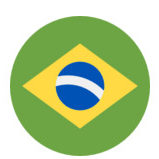 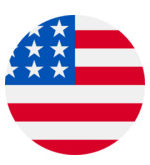 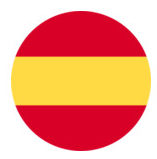 The reality of Industry 4.0 has already reached the world of paints.
Fasten your seat belt and move into the future!

The reality of Industry 4.0 has already reached the world of paints.
Fasten your seat belt and move into the future! 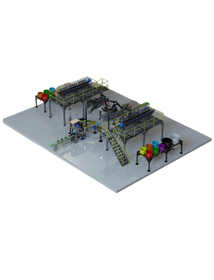 Increase productivity with better accuracy, less variability and in a 100% automated way.

Automatic production system with online adjustment (control) of properties, such as:

Greater accuracy and less factory variability when compared to conventional technology, ensuring “source quality” for products manufactured from this technology;

It consumes about 50% less energy to produce the same amount of product, drastically reduces the emission of solvents to the atmosphere due to the closed system, low consumption of solvent for decontamination (color change), etc .;

Full integration with corporate systems, ERP and databases, enabling the implementation of the Industry 4.0 concept;

Possibility of using existing filling machines, after retrofitting, to be incorporated directly into the process;

How the Continuous Process connects with Industry 4.0:

ONLINE
It does not require the use of materials with narrow quality ranges (colorants, resins, bases, clears, etc.), because due to online measurement and control, it adjusts properties in real time;

Production on demand, reaching the production of up to 250 batches/day (colors);

Eliminate “human error”, due to the 100% automated process.

Other benefits of Continuous Process:

We create disruptive technology that enables evolutionary leaps in the paint industry sector.

Our paradigms follow the other industrial segments that are in more advanced stages, such as the oil, petrochemical, paper and cellulose, pharmaceutical, automotive sectors, among others, where Industry 4.0 already has the necessary bases to establish itself.

QUICK DESCRIPTION OF OPERATION OF THE CONTINUOUS PROCESS.

How does the Continuous Process system work?

The picture below shows a schematic representation of the topology of the LOW COST PAINT CONTINUOUS PROCESS.

The next picture shows the representation of the PHASE DIAGRAM of one of the “binary tanks” executing the various processes along its trajectory in its production cycle.

It is important to note that the LOW COST PAINT CONTINUOUS PROCESS, has 4 tanks (two sets of binary tanks) that perform these steps in a fully automated and synchronized way.

In a simplified way, according to the figure above, briefly, we can identify 4 distinct phases, to which each of the four cycling tanks (binary tanks) performs the production cycle, namely:

At this station, all the components of the formulation are dosed, through SMART DISPENSING MACHINE, simultaneously into the cycling tank (binary tank);

After dosing the components in the Dispensing Machine, the tank automatically moves to the Pre-Mixing station where the sealing cap automatically engages the tank, simultaneously engaging the homogenization system, when the mixing process begins period of about 2 minutes;

After completing the Pre-Mixing step, the tank automatically moves to the Adjustment and Filling Station, where its bottom valve is automatically coupled to a circulation pump.

In this station, the central element is an In-Line Mixer, which receives every load of material in adjustment.

The In-Line Mixer, in addition to the inlet valve for the material to be processed, has several additional inlet valves, for COLOR adjustment dyes, VISCOSITY adjustment solvents and still other materials intended to adjust other properties (PH, Conductivity, Coverage, etc.).

The circulation pump of this station, when starting the adjustment process, conducts the material through the In-Line Mixer and when it is expelled in its outlet pipe, it is directed to the analyzer system, circulating through these and finally led to a valve posterior directional valve, positioned to recirculate the material to the cycling tank (binary tank).

Since the In-Line Mixers have an extremely low dead volume, their residence time is of the order of 6 to 10 seconds, which makes the control action of the analyzers extremely fast.

Thus, the adjustment process, both for complex variables such as COLOR, VISCOSITY, DENSITY, among others, are very fast, occurring simultaneously in a period of 1 to 3 minutes.

During the stage when the computer system has not yet reached the specifications of the material in process, the flow of this material is continuously recirculated to the process tank (binary tank) that is under permanent agitation.

At the exact moment when the system reaches the product approval ranges, the directional valve posterior to the analyzers is then aligned to the filling machine, remaining in this stage until the cycling tank (binary tank) has been emptied.

After the cycling tank (binary tank) has been processed at the adjustment and filling station, the tank moves to the Cleaning station where a sealing cap automatically engages on the top of the tank, simultaneously engaging the agitation system and a discharge connector on the bottom of the tank.

The upper cap has Spray nozzles that nebulize a mixture of solvent and Nitrogen at high speed, removing all the dirt from the agitator walls and blades, while a discharge pump connected to the bottom of the tank removes the dirty solvent in this operation.

As every production cycle is very fast, about a few minutes, the paint adhered to the walls of the tank is not yet dry, making the cleaning process extremely easy.

At the end of this cycle, the tank is able to receive a new material load, automatically moving to the PHASE 1 station, as soon as the Dispensing Machine is released for a new dosage.